Let us take a moment to address integrity in our performance and how this seemingly paradoxical idea can be obtained. Art, by definition is deceit. Evolutionarily, the human capacity for art developed as part of the capacity for deception. It is the ability to imagine and create that which is not there. For instance, painting a picture that is at times similar to reality, but essentially different, creates that which was not. On the surface, the performing arts are also in essence, forms of deception. An actor is pretending to be another character in another life situation from his or her own. Similarly, a musician is telling a musical story.

Despite this delving into illusions or that which is not, in order to convince the public, a true artist must be telling the truth. They must access within themselves and the collective experiences of life, a place where the art is true. For instance, let us look at the actor Gene Wilder. His acting brims with integrity. We can see with his wide eyed innocence, yet his understanding glint in his eyes, knowing that he is speaking the truth, speaking from his heart. How can he, as an actor, expressing the reality of another person, actually believe that he is speaking the truth?

To access this integrity of art we must realize that there is truth in the art. There is truth that someone in this situation would act in this way. That someone sad would cry, someone happy, laugh. We can then look inside ourselves and the larger self- that of life as a collective, to find a point where we experienced a similar feeling or situation. From there, we must speak the truth.

When a painter goes to a canvas to paint, say a tree, there is no tree there. The act of making a tree is not deceiving the audience of the existence of the tree; rather, it is creating a tree image. A tree that once was not there, but now exists. This image mirrors the previous reality by looking similar to a live tree, yet this does not mean that the image is an illusion-it is really there- a reality of a story, a picture, a song. The art no longer becomes and ‘act’ and instead becomes the reality of the experience. Similarly to the tree painting, the performing art becomes a reality of its own which reflects other realities, such as similar emotions or situations we experience. A true artist, then, is no longer ‘acting’ and instead living. This is the ideal in all forms of expression. We cannot express with integrity that which is a lie. We can, however, create new realities.

I often talk about how as a musician, we shouldn’t play the notes, but sing them. Singing is the next step to bringing the sound closer to our humanity. Speaking brings it even closer. When a person speaks fluently, they do not worry about the sounds coming from their mouths. They worry only about the words and the message, the essence of the expression. They are not concerned about an extra unintended sound, such as clearing their throats. They would not think to record themselves to see if their speech sounded as they imagined because they are closely connected to their speech as a part of them, just like their arms reaching to hold something.

As musicians, we need to first make sure we are fluent in the language of our instrument, through technical exercises and practice. Then, when we are playing yes, we must train our fingers to create the brush strokes of the particular expression, but once this capacity is obtained, we must abandon the technical thoughts and speak our expression with integrity. We must reach into our shared human experience and express this created reality within the piece of music, not as an illusion but with the comfort of the simplicity of expressing an absolute truth.

If at First You Don’t Succeed

“To Play a Wrong Note” 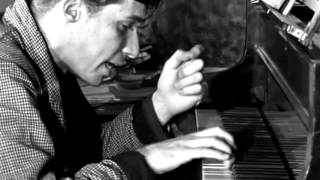 How the Greatest Musicians Practice

Don't let this happen to you!